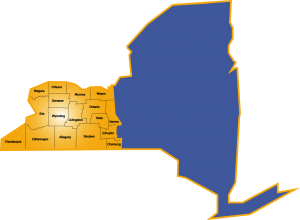 It starts with a simple question:

“What do you think an independent Greater Western New York should look like?”

OK, it turns out it’s not so simple as you might think. But at least it sounds straightforward. While the answer to this question yields a spectrum of solutions, at least most agree on the problem as articulated by New York State Senator George Borello.

Representing one of the state’s largest Senate Districts (57th) including Allegany, Cattaraugus, and Chautauqua counties plus eight towns in Livingston County, Borrello says, “The New York City-centric state government policies of high taxes along with oppressive and unnecessary regulations have disproportionately damaged Greater Western NY. It is the primary driver of our loss of population and rising poverty. One-size-fits-all state government has made us uncompetitive and kept our local economy in a perpetual state of recession.”

Clearly, Senator Borrello, though he runs as a Republican, Conservative, Independent, and Libertarian, speaks for all parties. (I spoke to several Democrats on this issue and, while they agree, they only did that if they were off the record.)

That all long-time residents of the Greater Western New York Region, no matter what their political persuasion, can recognize this basic problem marks our beginning point. It is the commonality that binds all of us.

In fact, you’d be within your rights if you were suspicious of anyone claiming this isn’t a very real issue.

But let’s move beyond that. Let’s talk solutions.

That’s right. “Solutions.” Plural. For there are many ways to solve this problem. Some have already been tried (with success) while others have merely been proposed (without success). Let’s go over the three most talked about.

Indeed, this is similar in concept to the Split-the-State bill sponsored in the New York State Assembly by Assemblyman Stephen Hawley. Hawley, whose 139th Assembly District represents Genesee, Monroe and Orleans counties, says, “Becoming our own state is the best solution for the people of the Greater Western New York Region because the people of our area deserve a meaningful say in their government.”

Of course, becoming a state requires not only the two chambers of New York State to approve this, but also the two houses in the federal government. Some say this makes it too difficult. On the other hand, given the Democrats control all these State and Federal houses, now might be the best (and easiest) time for Greater Western New York to become an independent state (see, “It’s Easier For Greater Western New York To Become Its Own State Than For Washington DC To Achieve Statehood,” Mendon-Honeoye Falls-Lima Sentinel, April 29, 2021).

Still, there is an alternative that doesn’t require any action by the federal government. New York State, by itself, can choose to create independent autonomous regions within the state. This has the benefit of allowing us to govern ourselves just as we would if we were an independent state.

Senator Borrello has sponsored an Autonomous Zone bill in the New York Senate. (Assemblyman David DiPietro of the 147th Assembly District representing the southern portion of Erie County and all of Wyoming County sponsored a similar bill in the Assembly.) Borello says, “I believe making the Greater Western New York Region an Independent Autonomous Zone represents the best solution because it solves the NYC problem without involving the federal government.”

Of course, what Albany gives, Albany can easily take away. That brings up the third solution: nullification. This is similar to what occurred following the rushed middle-of-the-night passage of the SECURE Act. This controversial law was so flawed, sheriffs in individual counties spoke out against it and refused to enforce it.

This is not the same as civil disobedience, popularized in the 1960s civil rights protests. This is a more formal policy implemented by the populace through the selection of elected officials who can carry out such actions.

Ultimately, the most egregious aspects of the SAFE Act fell away in court. Still, other problematic aspects remain unaddressed, exposing the limits of nullification.

Of interest is a comment made by several people that bears repeating. The fundamental problem in New York State is the dictatorship of the majority. This means densely populated cities can rule over rural communities. Because of the highly concentrated populations of Buffalo and Rochester, none of these potential solutions will address this problem unless a new state constitution is written.

What do you think an independent Greater Western New York should look like?

Get Involved
Learn More
Get Emails

This is the site for citizens of the 17 western counties in New York State that historically make up the GreaterWestern New York region, a region recognized by the New York State Department of Health, the New York Press Association, and other groups. These include the counties of: Allegany, Cattaraugus, Chautauqua, Chemung, Erie, Genesee, Livingston, Monroe, Niagara, Ontario, Orleans, Schuyler, Seneca, Steuben, Wayne, Wyoming, and Yates.